The people want to have a beautiful memory of their holidays made in the most famous city, even so must engage more and more to realize the dreams of our couples. This time i am in Mykonos, the most famous island of Greece. Mykonos Town – or Chora – develops around the ancient port of Hora including many churches and chapels to be admired, among the crowded streets to walk around and also three small museums to visit. It is a cosmopolitan, lively, hardworking, simple and glamorous at the same time. Mykonos offers visitors wonderful examples of Cycladic architecture where the white houses with colored doors and windows overlook on narrow streets, flooded by bougainvillea trees, great stores for shopping, especially along the Matoyanni road, and a host of charming cafes and restaurants fashionable. But Mykonos and even dream, adventure and discovery of magnificent places, less crowded and quieter. As the northern part of the island, relatively quieter and more wild. Here there is a small tavern, Kiki’s tavern, a small restaurant with a familiar context. The tavern I met Alexandros and Liana, proposing a service, a couple portrait in the magnificent island.

A little tour through the narrow streets of Mykonos, beginning the couple portrait from the magnificent Church of Paraportiani. The lovely church of Panagia (Virgin Mary) Paraportiani is among the most photographed churches not only in Mykonos, but in the whole world. It is located at the entrance of Kastro neighbourhood, right by the sea. The special thing about this church is that it actually consists of five small churches that were built one on top or next to the other. On top of these four churches, there is the church of Virgin Mary, which looks like a dome. The five churches were not contructed at once, but gradually along centuries. It dates from the sixteenth century and is the oldest of Mykonos. The harmony of the forms and the effects of light and shade makes the amazing building. A couple beautiful, unfortunately I spent very little time with them. A beautiful pleasant day in good company. 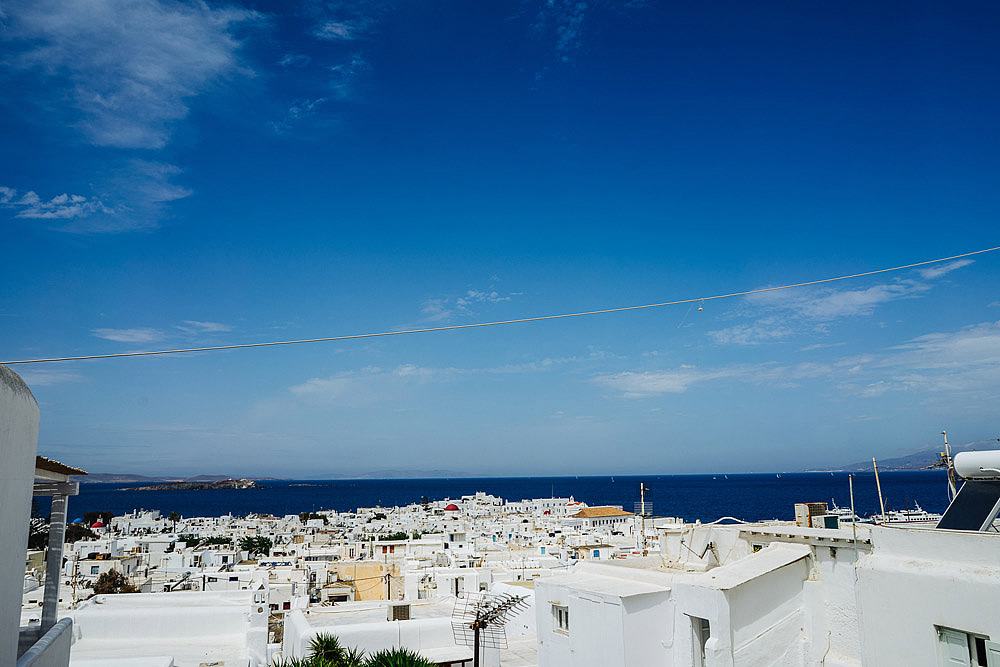 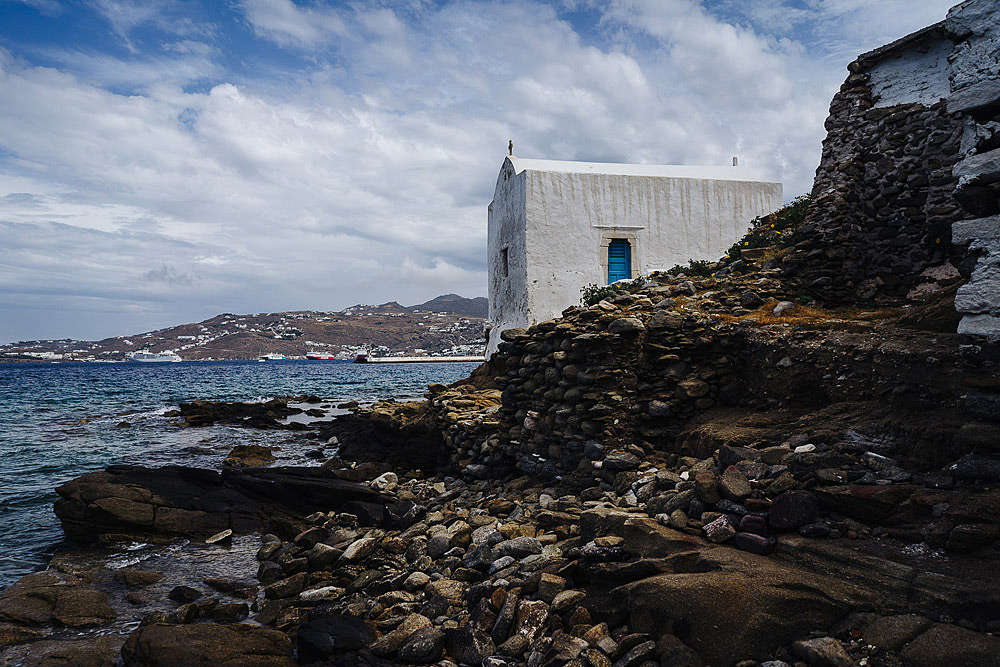 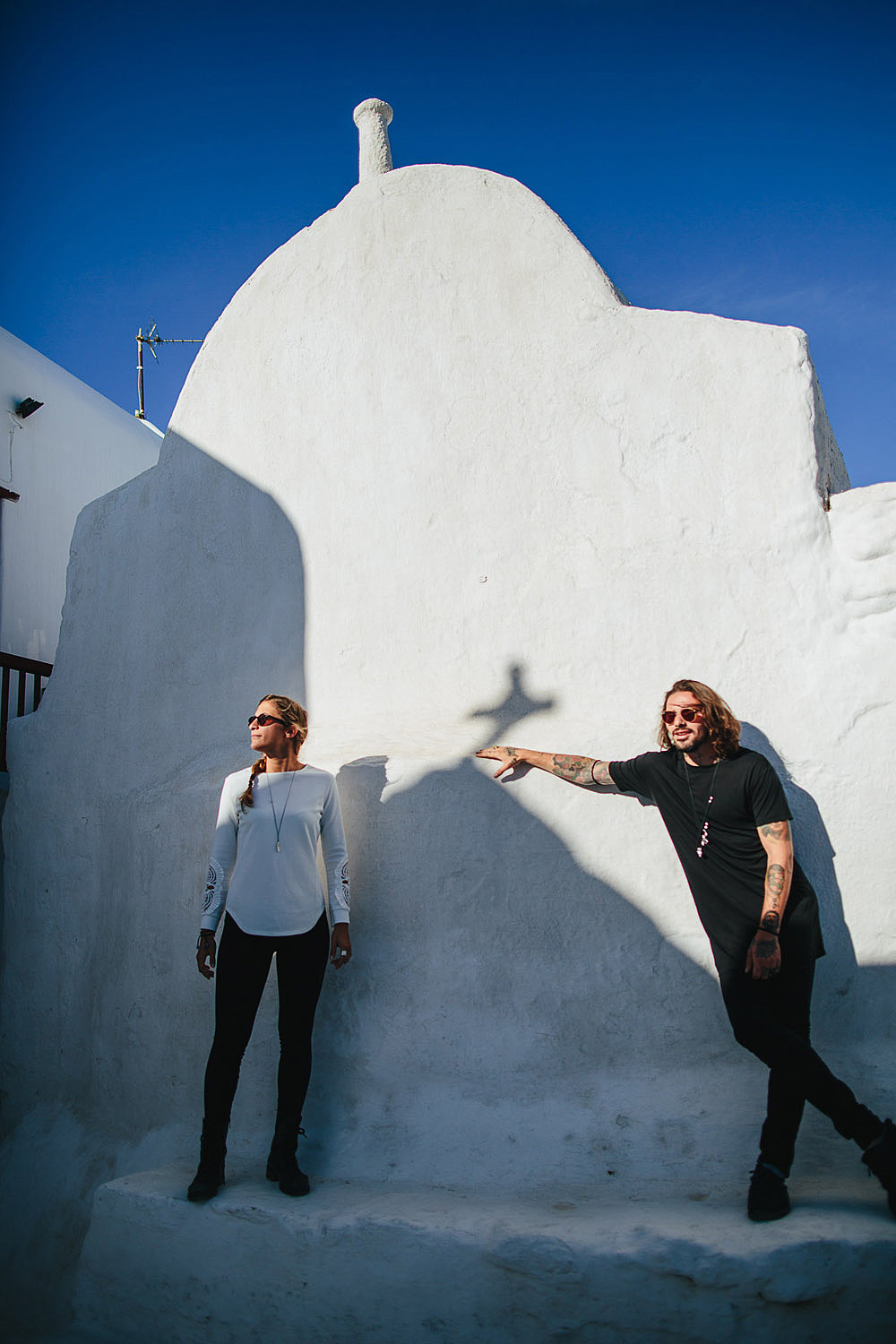 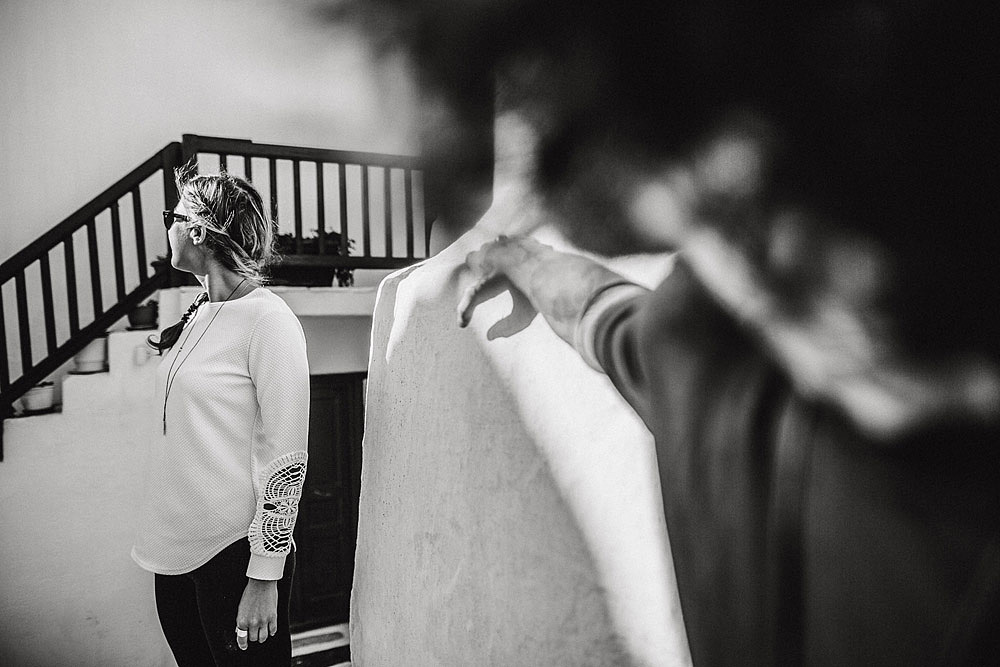 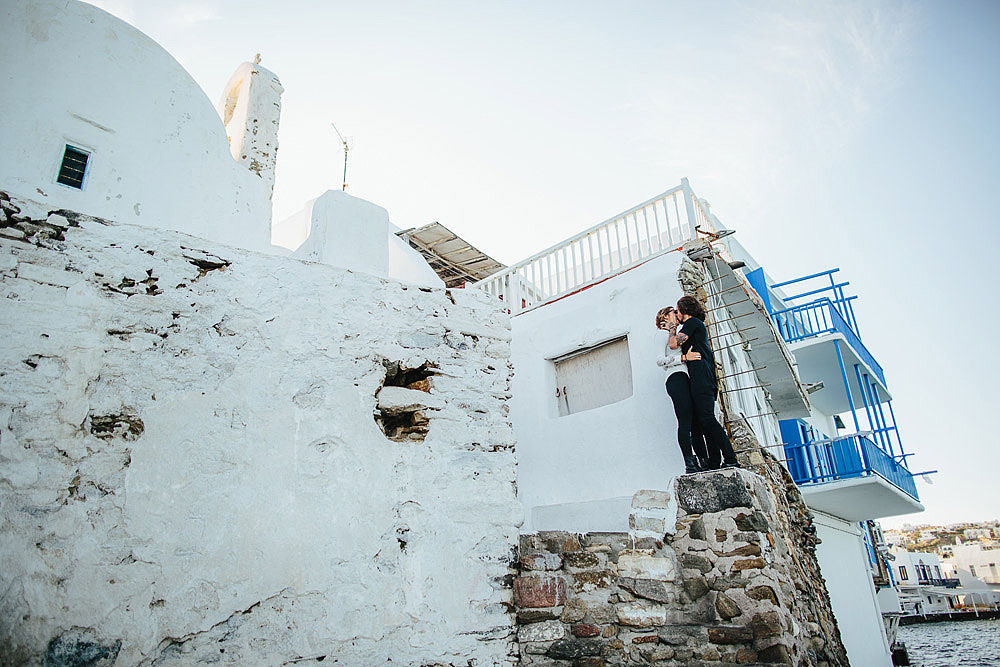 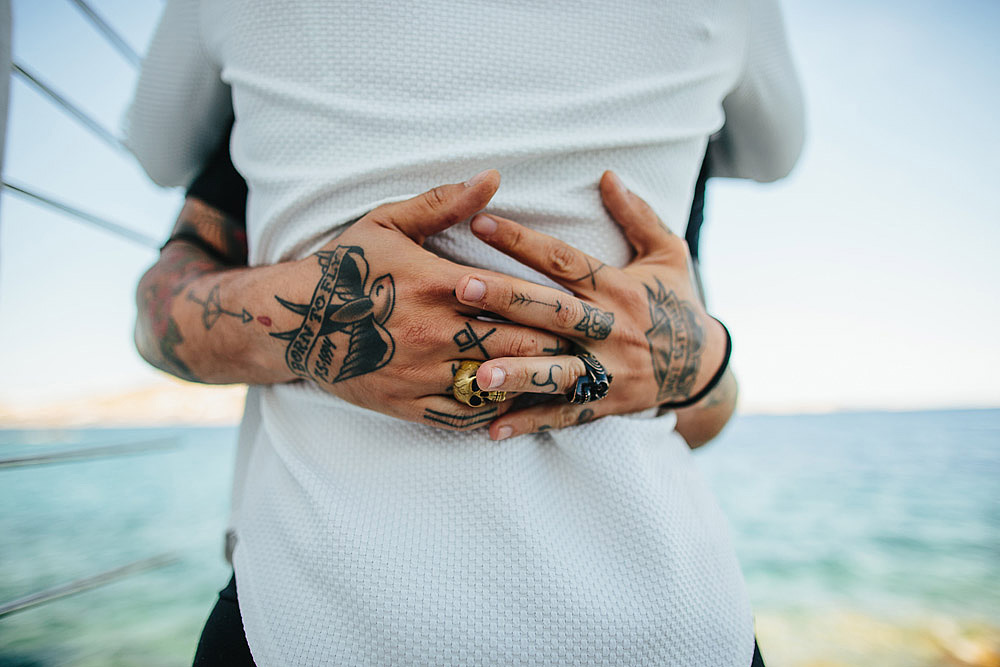 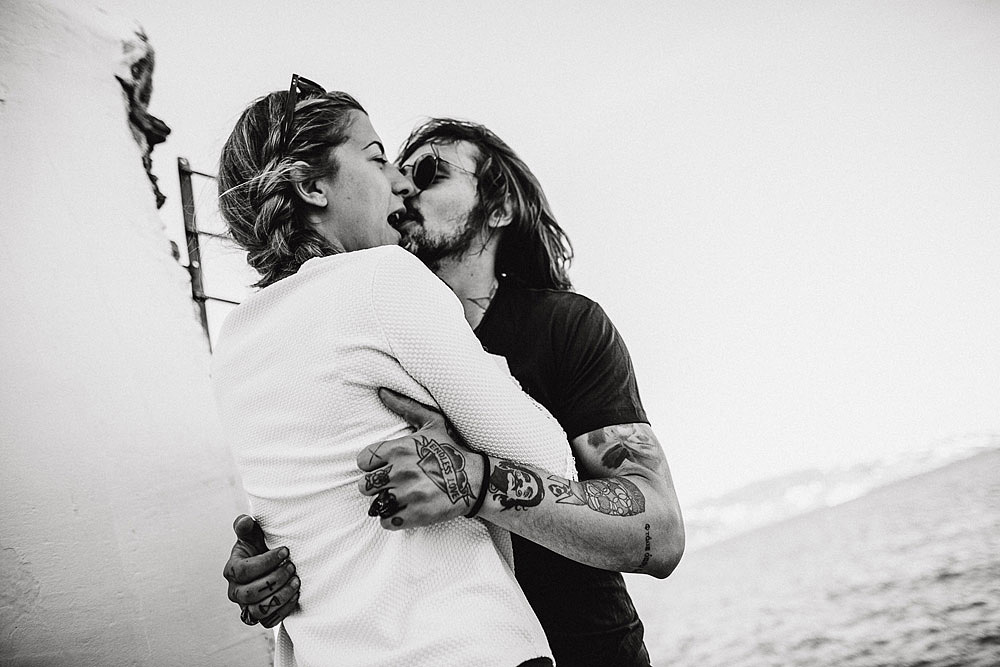 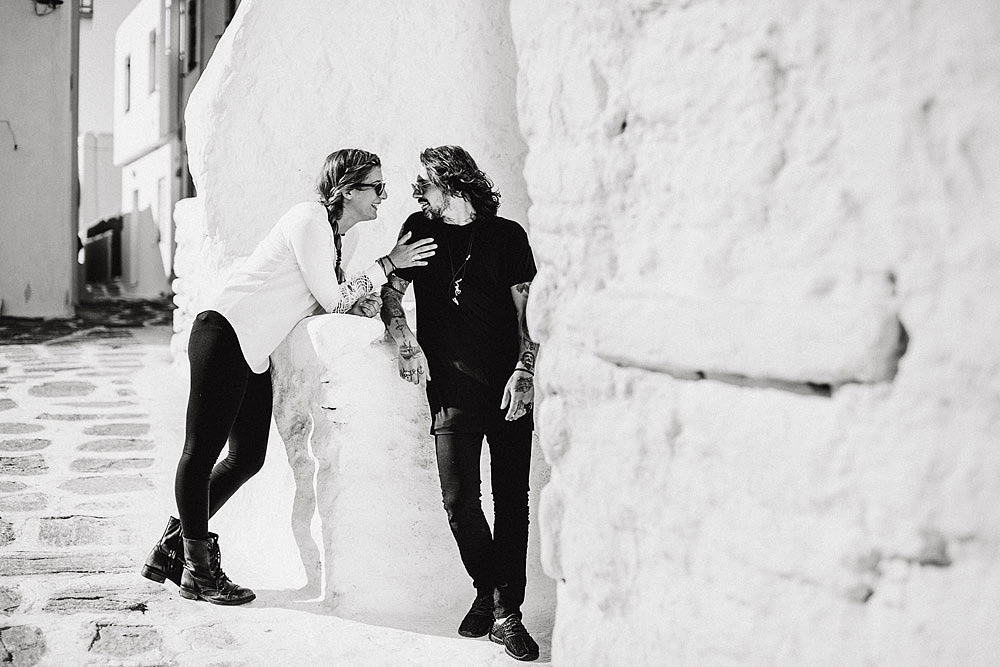 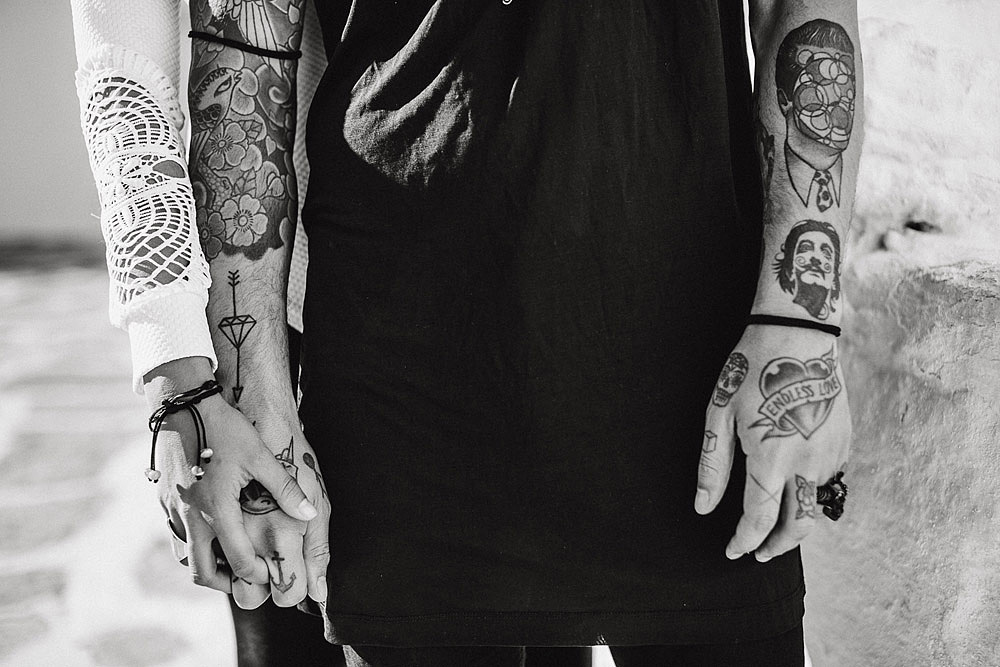 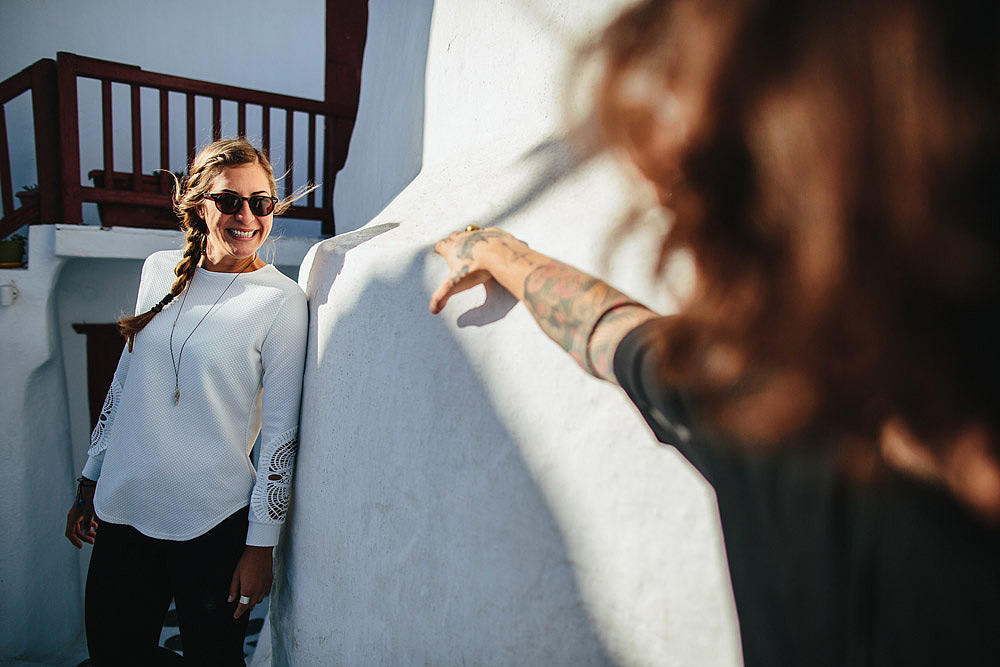 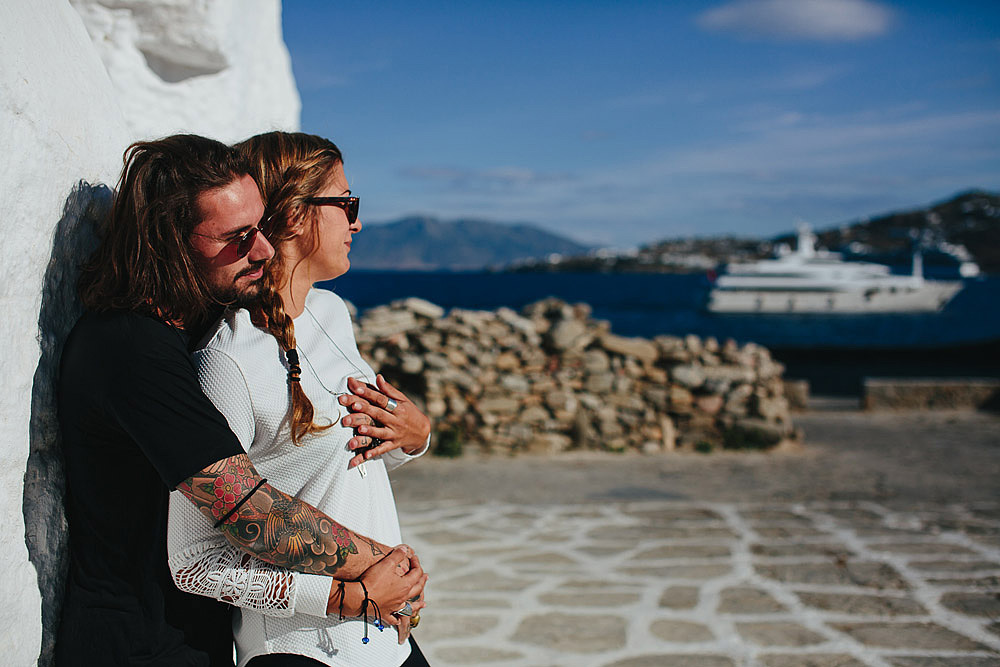 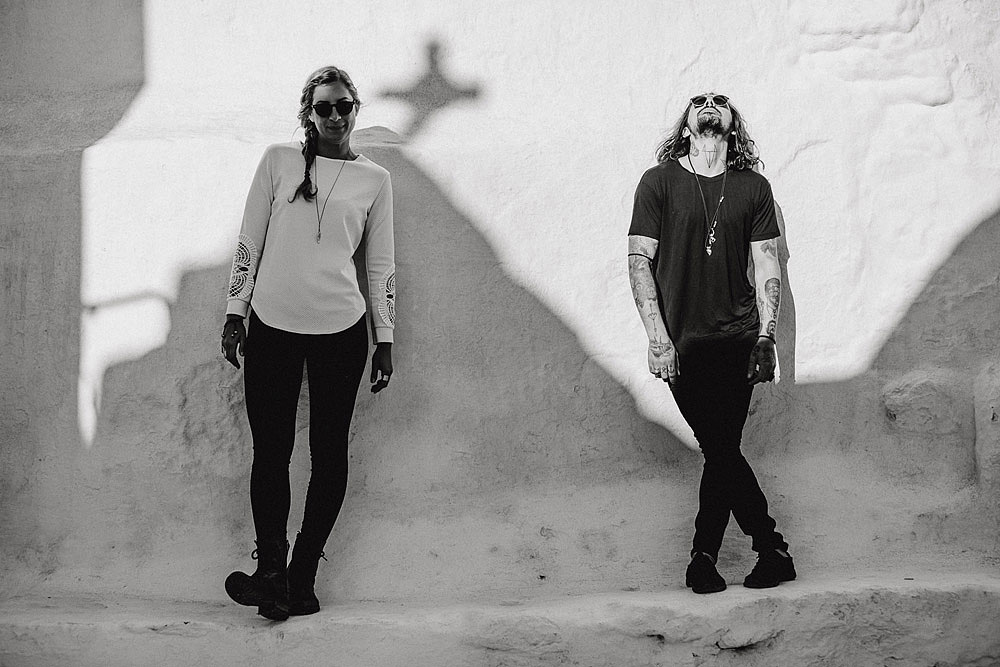 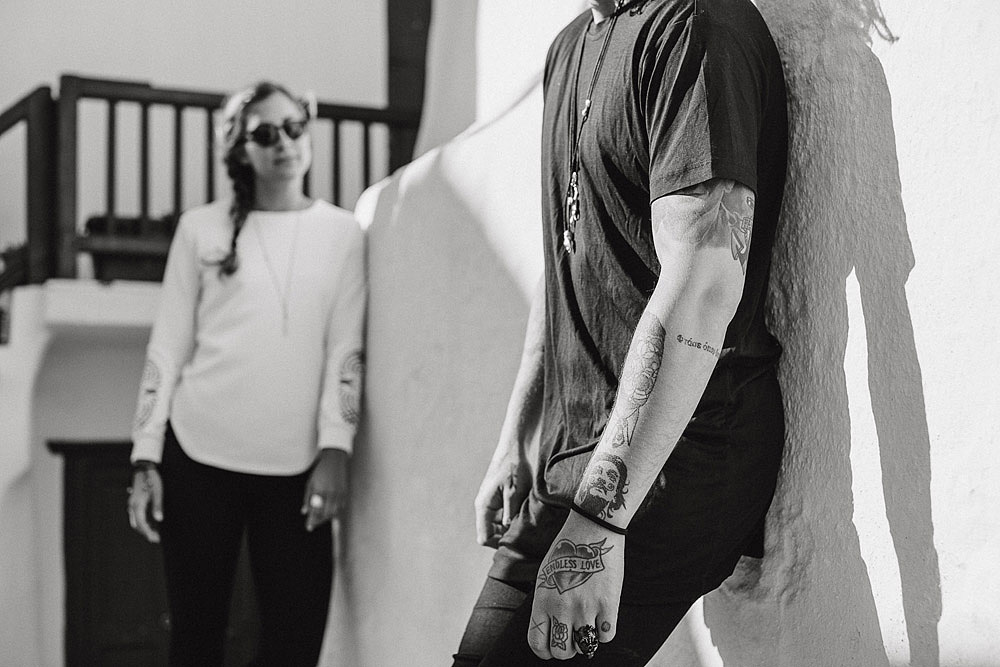 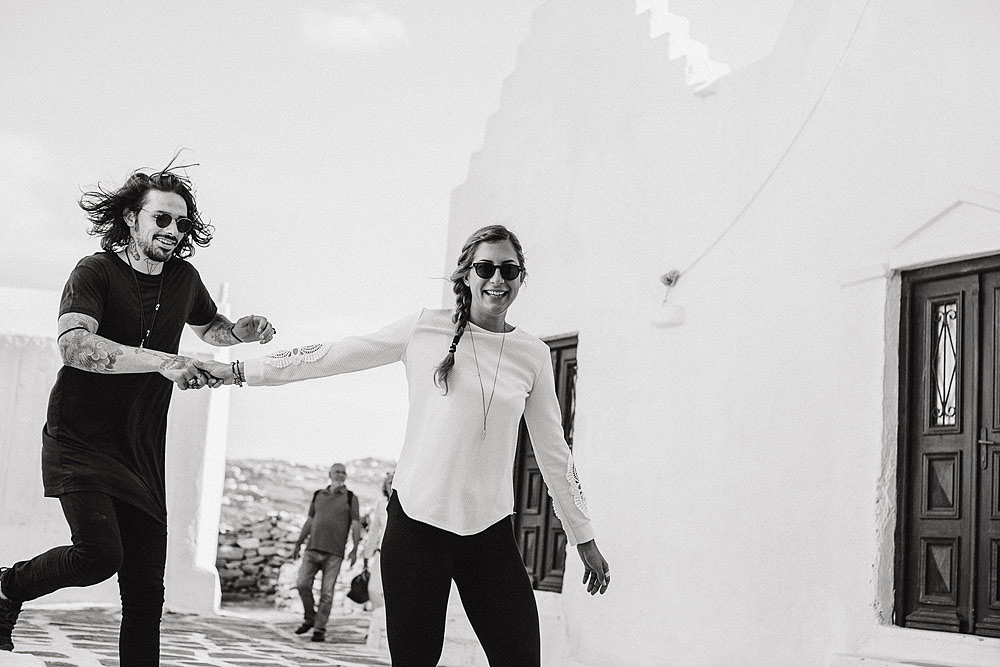 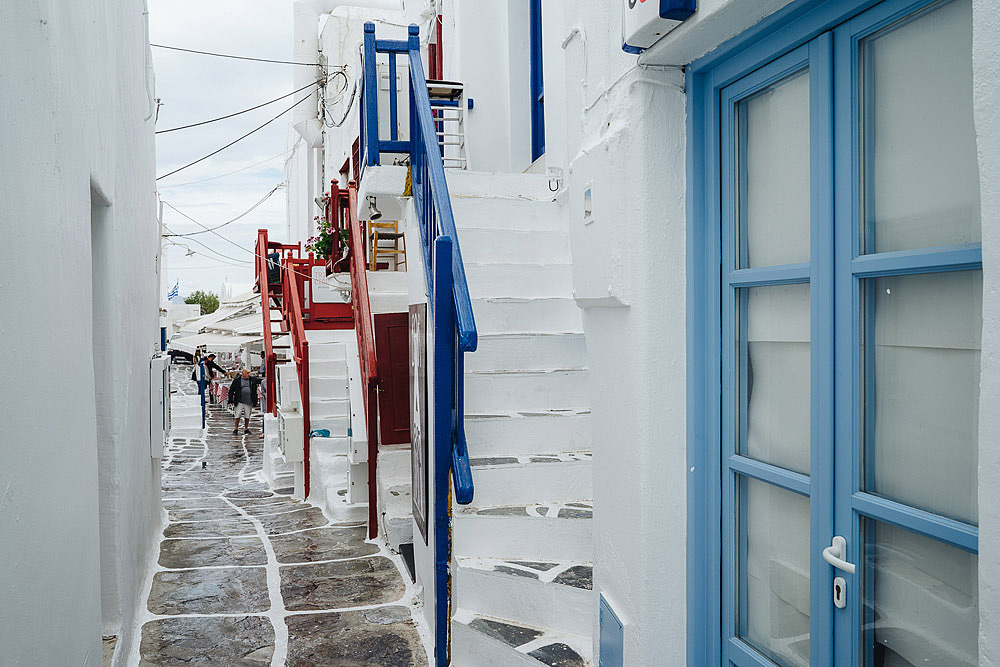 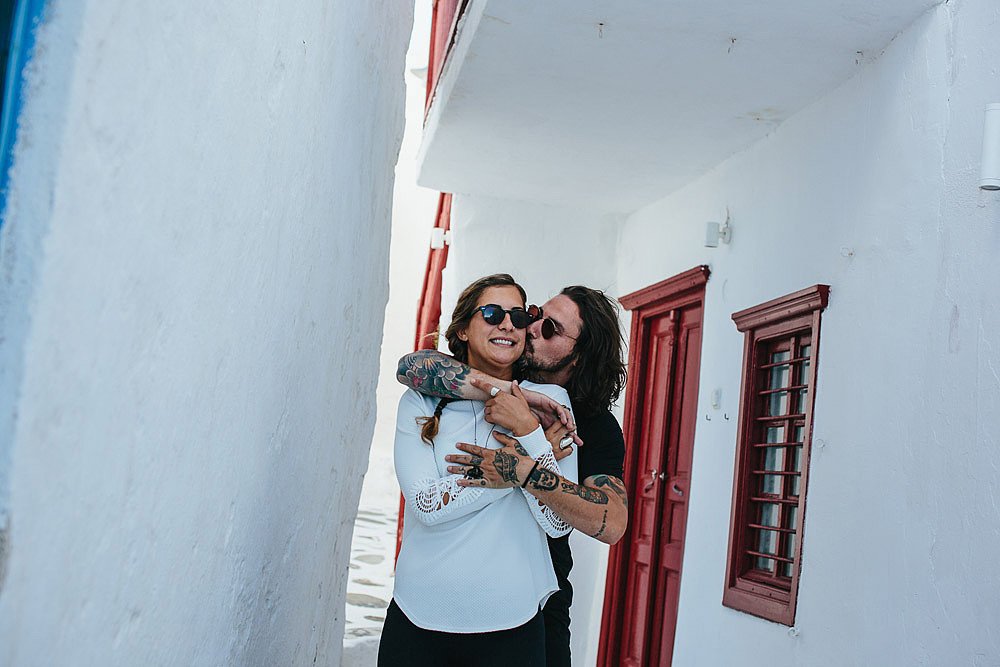 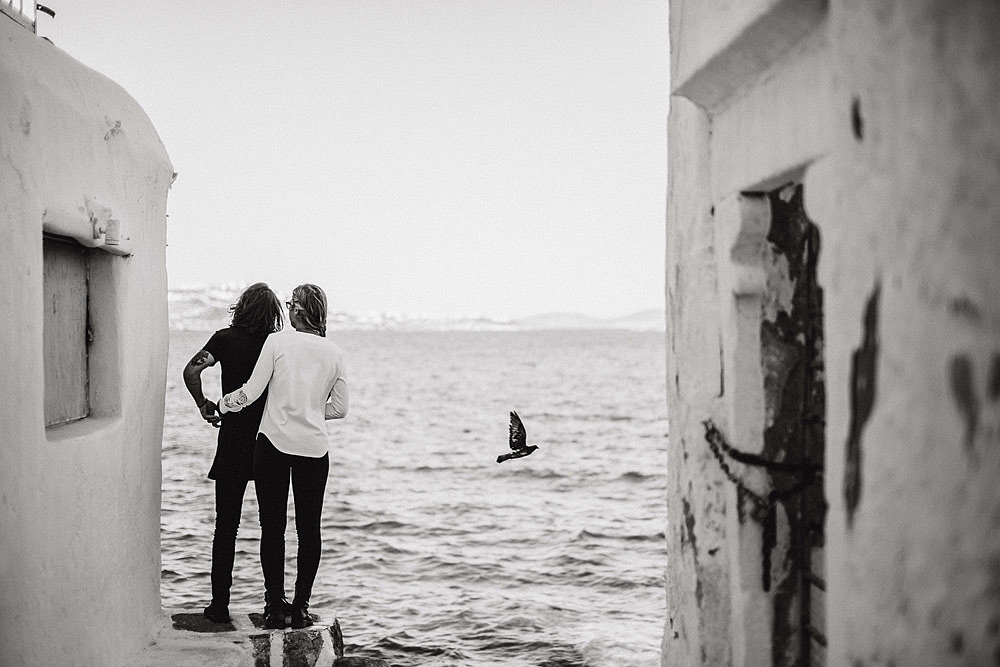 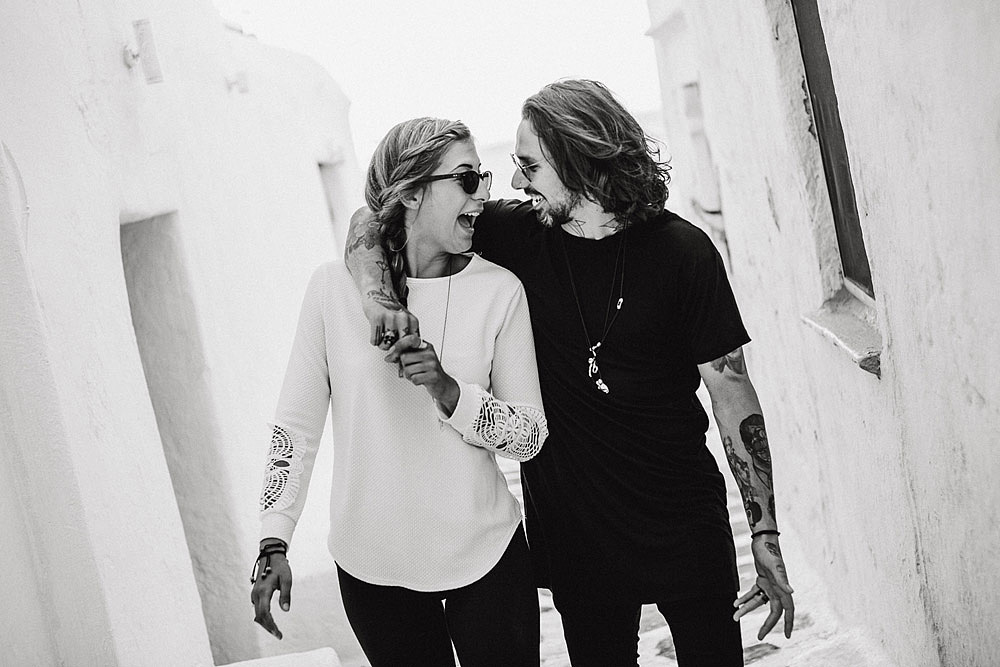